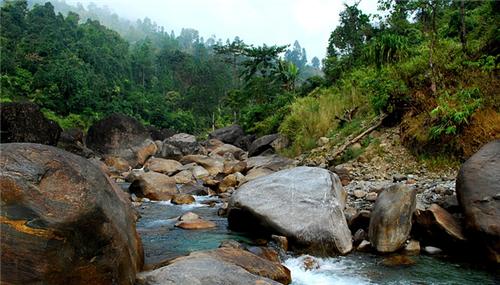 Situated in the northern part of the state of West Bengal, the Jalpaiguri district is a gateway for all the north-eastern states of India as well as Bhutan. It shares international borders with Bangladesh and Bhutan in the North and South, the Darjeeling Hills and Assam in Northwest, East and West.

The district of Jalpaiguri is also a treasure hold of tourism, much of which remains unexplored. With wide expanses of tea gardens, turbulent rivers, vast stretch of dense forest cover and the mighty Himalayas in the background, the sublime grandeur of this place produces a sensation of divine joy for all nature and wildlife lovers.  It is also a culturally rich territory with different migrated groups like Totos, Ranjbanshi, Ravas, Garo, Tharu, Cooch, Khen, Dhimal and others living in relative harmony. 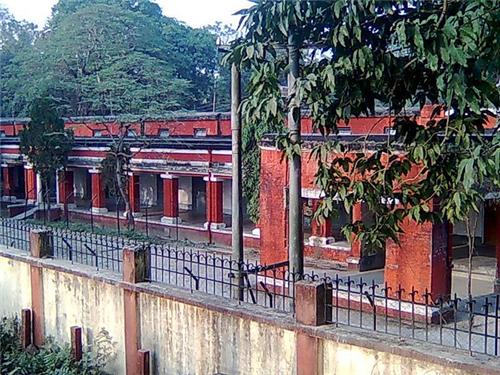 Jalpaiguri is also the town headquarters and a municipality within the Jalpaiguri district and it is situated on the banks of the River Teesta. On a clear sunny day, one can also get a glimpse of the Himalayan mountain peak Kanchanjangha from here. Shaded by huge trees, the city beckons all with its fresh and green environment and temperate climate.

Jalpaiguri has a long history dating back to the 10th century B.C. taking us back to the Mahabharata. In the epic, mention is made of a king called Bhagadutta, ruler from Pragyajyotish who joined the Kauravas in the great battle Kurukshetra. The Jalpaiguri district is thought to have been a part of the kingdom of Kamrup and later became a part of Kamatapur Kingdom.
Etymologically, the name Jalpaiguri is said to be derived from the Bhutanese term je-le-pe-gu-ri which means a place where warm clothes are sold, thus implying a trading center. The other suggestion given is that the word “Jalpai” means olive and “guri” means place, thus suggesting a place which has many olive trees, which were witnessed till early 1900.
Jalpaiguri is situated 42 kilometres from SIliguri and is its twin city. Jalpaiguri also enjoys prominence as the the North Bengal divisional headquarters.

Geography and Climate of Jalpaiguri

The Jalpaiguri district is situated at 26°16’ and 27°0’ North latitudes and 88°4’ and 89°53 East longitudes, and covers a total area of 6,245 sq. km. This tapered stretch of land between the Gangetic West Bengal and the Sikkim-Darjeeling area is situated in the Terai, a belt of forests and marshy grasslands in the south of the Himalayan foothills. 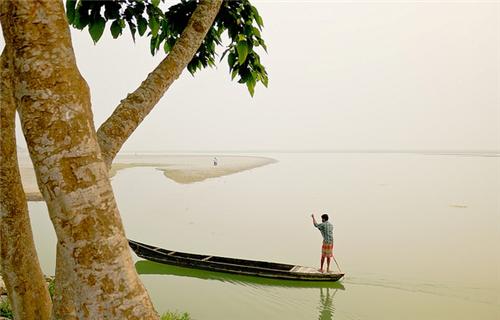 It is watered by the rivers Teesta,  Torsa, Karala, Neora, Jaldhaka, Dyna and Sankosh. Situated on the west bank of the Teesta River, the city of Jalpaiguri is bisected into two halves by the Karala River and is connected with beautifully built bridges.
There are three seasons in Jalpaiguri; the hot and tropical summer, severe rainfall Monsoons and severe cold winter with Himalayan winds blowing through the city.

The twin cities of Jalpaiguri and Siliguri are a transit point for all the important Himalayan hill stations in the north and northeast.  Some of these hill stations include Gangtok, Darjeeling, Mirik Kurseong and the north-east India. All nature lovers would be left spellbound by the enormity of natural tourist attractions which abound here. Tea gardens, river valleys, high forests with wildlife, breathtakingly gurgling rivers and the snow capped peaks in the background are all part of the natural landscape as one winds uphill from New Jalpaiguri. 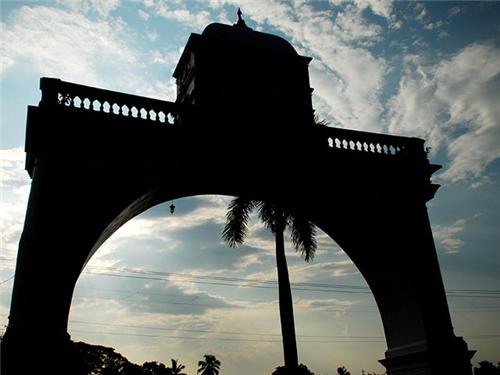 Scenic beauty abounds in the entire Dooars plains and the journey towards Bindu passing through Chalsa-Khunia-Jhalong, a small picturesque village on the Indo-Bhutan border is simply captivating. The diverse flora and fauna of Rajabhatkhawa, the exotic scenic beauty of Jayanti which is a forest village, the expanse of tea gardens with hilly backdrop near Bodaganj, the densely wooded Shikarpur forest and Totopara with its culturally rich Toto as a tribal community ; Jalpaiguri is unending in its tourist possibilities.  For wildlife lovers, the various natural parks and sanctuaries like Buxa Tiger Reserve, Garumara Wildlife Santuary, Jaldapara National Park, Chapramari Wildlife Sanctuary and others provide ample scope for enjoyment.

Jalpaiguri celebrates the main festivals of West Bengal, the Durga Puja and the Kali Puja.  They also have other indigenous festivals like the Teesta Burir Pooja, dedicated to the river Teesta, and performed by Bengalis and Rajbhansis in Jalpaiguri town. 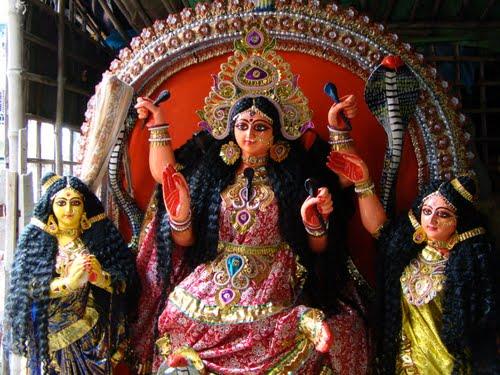 The Manosha Puja is a ritual offering to the serpent goddess, and forms an important festival of Jalpaiguri while the Hutt Ghurni is said to be a puja performed for good rain and crops in Jalpaiguri.

Jalpaiguri consists of dense and expansive forests which are inhabited by various tribal communities. These tribal communities like the Raj Bangshi, Raba, Toto, Bangshi, Mech, Lepcha, Limboo and others provide a rich platform towards forming the cultural diversity of the Jalpaiguri. They have their own folk dance, songs, drama, and folk lore as an integral part of the Jalpaiguri culture. 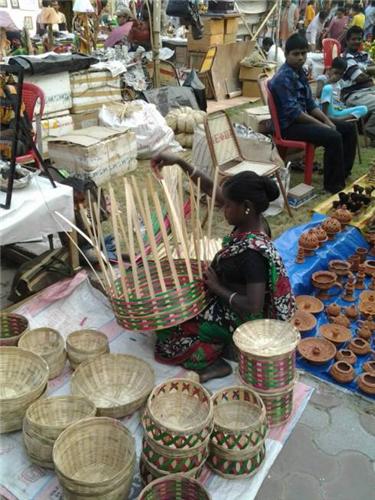 Due to close proximity to Darjeeling, all tourists must take home a flavour of the famous Darjeeling tea from various good quality tea shops.

The New Jalpaiguri railway station (NJP) in Siliguri, within Jalpaiguri district is one of the topmost booking stations within Indian Railway. It handles several long distance passenger trains like the Guwahati Rajdhani Express, Darjeeling Mail, Brahmaputra Mail, and Howrah-New Jalpaiguri Shatabdi Express. It is a last railway point from where tourists have to journey to the hills via bus or car services. The Jalpaiguri Road Station is also connected to Kolkata by Darjeeling Mail Slip, Teesta Torsa Express, ad Superfast Intercity Express. 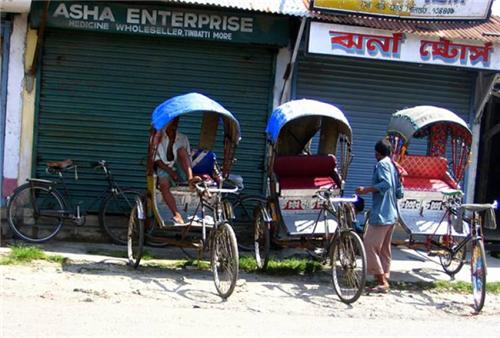 The Bagdogra Airport is located 50 km from Jalpaiguri and handles flights from Kolkata, Delhi, and Guwahati. The Netaji Subhash Bus terminus has an effective bus service to all places within the state of West Bengal.
Cycle rickshaws abound in Jalpaiguri town and will take you at all local places, while the cabs can be taken from nearest taxi stands.

Other Facts and Figures about Jalpaiguri