Traditionally the economy of Jalpaiguri has been said to revolve around the three Ts namely, “Tea, Timber and Tourism”. Tea cultivation is done in the north east hilly tract of the region with Jalpaiguri becoming the second largest tea producer in West Bengal. It manufactures the branded “Jalpaiguri tea” taken by the local population and exported worldwide. Jalpaiguri is predominantly an agricultural based economy and its industries are thus mostly agro-based. Post independence, one of the largest employers in Jalpaiguri is the government, and a number of divisional level and district level offices have been set up consisting of a huge government employee workforce. 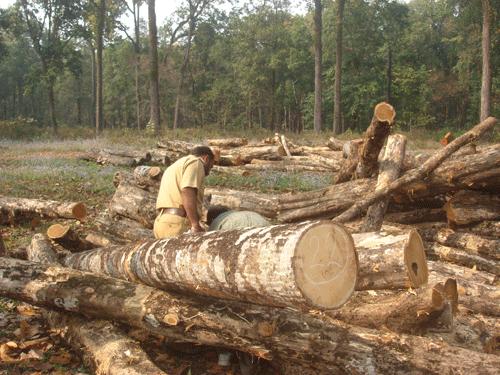 The land is also famous for its huge tracts of forest land and has a flourishing timber industry. The timber produced in the Jalpaiguri region is very suitable for making all kinds of furniture. A rich forest reserve in Jalpaiguri has given an impetus to open new manufacturing units as in sericulture, with adequate modernization. As mentioned above, tourism is a major driving force of the region’s economy with its abundant natural beauty appealing to thousands of tourists everyday who journey to the region from all parts of the globe.

Economic History and Development of Jalpaiguri 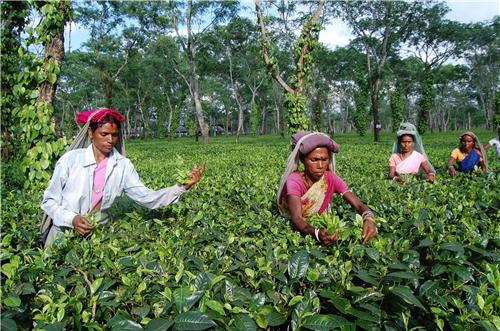 The tea industry has formed the backbone to the district’s economy ever since the British colonizers found the north east part of Jalpaiguri town as fertile for tea cultivation. In a short space of time, the district became a commercial hub with multiple tea gardens coming up and gaining avenues for employment. The tea trade became a lucrative business making jalpaiguri town as a port-of-call for people from all over India. Gradually Jalpaiguri established itself as a prosperous cultural and commercial centre in north Bengal.  Against the prosperous colonial background, it developed as a cosmopolitan centre with people from all over the country settling in the region.  As it was well connected to Kolkata (or erstwhile Calcutta) with the major railway linking Darjeeling and Kolkata, the region quickly gained prosperity from easy accessibility.

Post independence era saw large scale industrialization around the Jalpaiguri-Siliguri belt to bring economic prosperity. In Baranhat an Oil Refinery was set by the government. The tea industry continues to dominate the Jalpaiguri economy with tea processing, tea packaging and other parts bringing large employment to the people. In addition, a large part of the business of Jalpaiguri flourishes around the retail stores with the thousands of shops opened by the local traders in the key city areas like Temple Street, Merchant Road and D.B.C Road. It would still be worthwhile to say that the economy of the town of Jalpaiguri is largely based on salaried income with a huge number of people employed in offices under the Central and State government, Banks, Life Insurance Corporation, tea company offices and educational institutions. 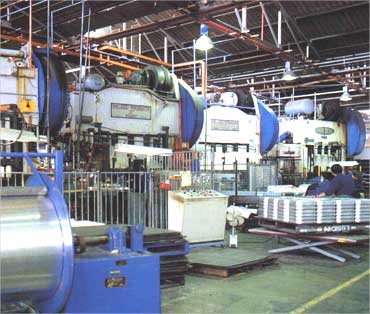 The government has initiated many steps to modernize the infrastructure of the industries in Jalpaiguri since independence.

An industrial park situated about 10 km from the Jalpaiguri town has been set up in Raninagar.

The industries in the outer development area of Jalpaiguri are mainly consumer oriented with a range of small scale and cottage industries spread over the town.

A number of areas have been selected by the Siliguri Jalpaiguri Development Authority (SJDA) where there is scope for industrial development. One of them is the stretch between the arterial way which is south of Jalpaiguri Road station and its railway line. In addition, the Assam More industrial belt which has land of 250 acres with basic infrastructure is being set up for electronic based industries in Jalpaiguri. This zone will also have a “green belt” separating a residential area which will accommodate the population growth after the setting up of these industries.  There is also said to be scope for industrial growth in the area between Maynaguri road and the state highway. 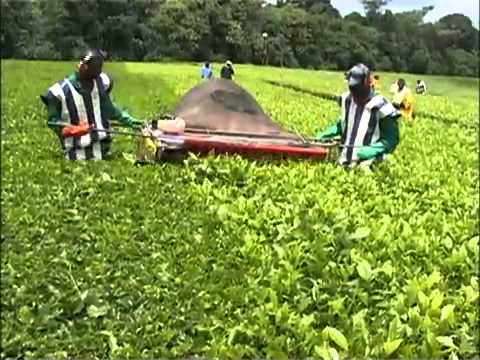 As a major tea plantation area in north Bengal, Jalpaiguri has a number of tea companies. Some of them include Diana Tea Company near New Jalpaiguri, Asha Tea company Pvt. Ltd. in Malbazar, Amalgamated Plantations Pvt. Ltd. in Damdim, JAI Jalpesh International in Maynaguri, Chandra Enterprise in Baranagar serving Jalpaiguri, M Rudra & Co Pvt. Ltd. in Jalpaiguri Ho., Kalyani Tea Company in Jalpaiguri Ho and many others. The Hindustan Fruit Processing Works in Assam More, Jalpaiguri district is a pioneer is producing and supplying black and orthodox tea, green tea and canned fruit.

Small scale and cottage industries in Jalpaiguri include production of woollen garments, cane crafts, wicker baskets, wooden furniture and bamboo works. These are produced by local workers manually within the family or in small units and sold in the local shops or handicrafts markets. Jalpaiguri is also the local manufacturer of the famous "Jalpai achar" or the green olive pickle renowned for its exotic taste.