Jalpaiguri district is situated within the state of West Bengal, which is famously known as the land of many festivals. As such, this element of festivity and ritual has seeped into the region. There are also numerous communities and ethnic/tribal groups in the district which have their distinct rituals and forms of worship. Many of these festivals have a folk origin and are thus different from the more formal rituals of Hindu religion. Local folk traditions have also influenced the religious practices of Muslims practising them since pre-colonial times. 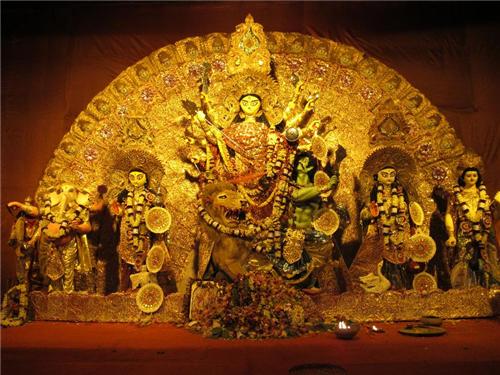 Many of these festivals in Jalpaiguri which have a folk origin are associated with agriculture and harvest. For example, during the Jatra Puja of the Rajbanshis performed on Bijaya Dashami (or, the last day of the Durga Puja) all agricultural implements are worshipped. Similarly, the Beshama Parban, which is celebrated in March-April welcomes the hunting season.  Many of these rituals and festivals have been transformed over time under the influence of more formal religious norms, but their tribal past can still be distinctly traced.

Find below some of the popular festivals of Jalpaiguri district which bind their communities together by a celebration of joy, devotion and love.

Some of the other Jalpaiguri festivals include Bishua, Karom, Jitia, Gaburdeb, and Bandna celebrated by the individual tribes here. These festivals help the different people and ethnic groups of Jalpaiguri to celebrate togetherness and experience the universality of communal joy amidst the uncertainties of life.


Explore more about Culture of Jalpaiguri