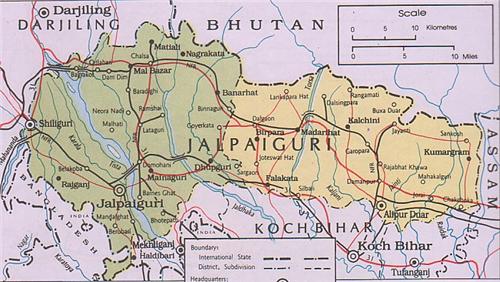 Jalpaiguri Map
Jalpaiguri is the largest district of North Bengal and shares international borders with Bangladesh and Bhutan in the south and north respectively. It is also bordered by the Darjeeling hills and Assam in the northwest, west and east. This little stretch of land lying between Gangetic West Bengal and the Darjeeling Himalayas is a haven of natural beauty with vast tracts of forest land, gurgling rivers, lush green tea gardens, and surrounding hills making it a much sought after tourist destination.
Known for its pristine landscape which has remained unchanged through the different phases of history, Jalpaiguri is protected from the adverse effects of globalization. It retains much of its natural freshness and old world charm. This beautiful district lies on the Teesta floodplains which is the second largest river after the Ganges in West Bengal.
Jalpaiguri district is the base for several national protected zones or wildlife sanctuaries like the Gorumara National Park, Buxa Tiger Reserve, Jaldapara National Park and Chapramari Wildlife Sanctuary. Jalpaiguri’s positional advantage which includes the nearby Himalayan ranges and large perennial water bodies, marshes, wetlands, forests and adjacent tea gardens make it a suitable natural habitat for a wide variety of birds.
Find below some of the other interesting facts relating to the geography of Jalpaiguri including its geology, climate and topography. 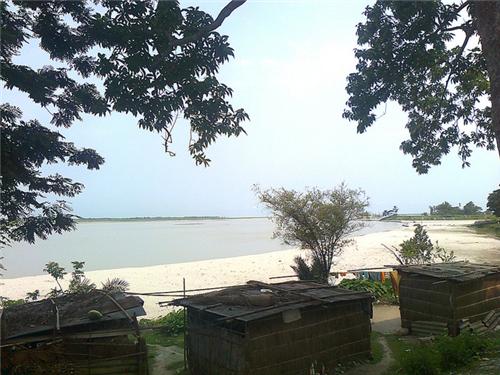 The city of Jalpaiguri is located on 26°33’N Latitude and 88°43'23"E Longitude. The Jalpaiguri district covers an area of 6,245 sq. km. It is placed in the Terai-Dooars region of Sub-Himalayan West Bengal. The River Teesta flows on its right side. As the district of Jalpaiguri is placed on the floodplains of the River Teesta, it is constituted by river borne sediments which are fine to medium grain size. Different modes of deposition have led to stratification of soil. These are post-pleistocene deposits and average thickness of sediments varies between 200- 300 metres. 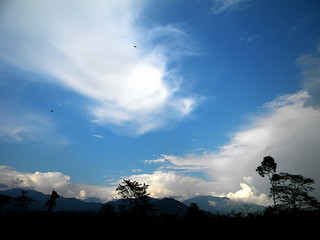 Jalpaiguri district falls in the monsoon climate zone of South and East Asia. Summers are hot and humid, and May is usually the hottest month with average temperatures hovering around 32°C .  January is usually the coldest month with the average temperature being 11°C. The climate of Jalpaiguri is temperate and there is marked dryness in winter. The annual average rainfall of Jalpaiguri district is 3160 mm while the average relative humidity of the region is 82%. Thunderstorms are a common occurrence here in the month of May. 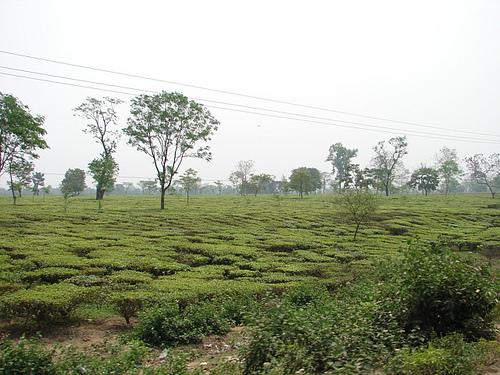 The topography of Jalpaiguri is interspersed with hills, rivers and rivulets. It is veined by major rivers like the Jaldhaka, Teesta, Torsha, Dyna, Raidak, Neora, Dyna and Sankosh.  It is one of the major centres of tea cultivation in India. Covered with large tracts of dense forests, and lush green tea plantations, the district has aptly been named as the land of “Tea, Timber, and Tourism”. Since a large part of the district is bordered by Bhutan in the north, it is named Dooars/Duars which means passage or door of Bhutan.

Flora and Fauna of Jalpaiguri 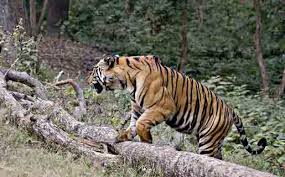 Jalpaiguri is blessed with a great diversity of flora and fauna. The vegetation changes according to altitude in North Bengal. Hence while the foothills of the Himalayas are covered with Sal trees, in higher altitudes various ferns and wild grass flourish. The natural vegetation also includes Lagerstromea speciosa (Jarul), Caesalpinia pulcherrima (Krishnachura), Delonix regia (Golmohor/Radhachura ), Butea monosperma (Palas), Cassia fistula (Sonalu/Bandarlathi), Ficus glomerata  (Dumur), Ceiba pentandra (Simul), Anthocephalus chinensis (Kadam), Ficus bengalensis (Bot) and many others. Some of the fruit plants of Jalpaiguri district are the jackfruit, mango, lichi, bor and guava.
The rich flora of Jalpaiguri provides sufficient attraction for the variety of birds who nest here and which provides them with food. Insects and other small animals thrive in the numerous shrubs and grasslands which dot the region.
There are several national parks in Jalpaiguri district like the Buxa Tiger Reserve, Gorumara National Park, Chapramari Wildlife Sanctuary, Jaldapara National Park and others which are the habitat of varying species of wildlife.Some of the common animals found here include Tiger, Leopard, Elephants, One-horned Rhinoceros, Turtle, Black Panther, Clouded Leopard, Barking Deer, Himalayan Black Bear, Python, Gaur, Pangolin, Indian Pied Hornbill, Peafowl, Raptors, Blacknecked Crane and varying Butterfly species.

Some Other Facts about Jalpaiguri District