Aptly named the land of “Tea, Timber and Tourism”, the geographical boundaries of what is now Jalpaiguri district had been under the control of several dynasties as well as countries since ancient times. The name Jalpaiguri is said to have derived from the Bhutanese idiom “je-le-pe-gu-ri” meaning a place where warm clothes are bartered or exchanged implying a trading center. The other suggestion is that it is a combination of two terms, “Jalpai” which means olive and “Guri” meaning place, as the place had previously many olive trees.

According to history, the main portion of what is known as Jalpaiguri today was a part of Kamrupa kingdom extending up to the Karatoya River to the west. This place was commonly known as the Duars or Dooars which literally means “doors” or passages through the Bhutanese traded and maintained contact with the riverine plains. Parts of it fell within the neighbouring kingdoms of Cooch Behar and Bhutan. The chronological history of Jalpaiguri can be divided into three major phases; the ancient phase, medieval phase and the modern phase. 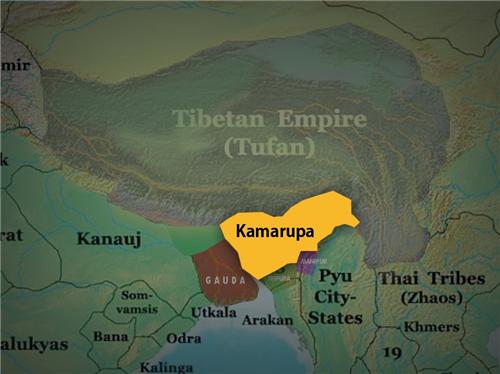 The people of Jalpaiguri are blessed with a long history. This includes the regions of neighboring Coochbehar, Assam and the Rangpur district in present day Bangladesh. There is a presence of Jalpaiguri as far back as the 10th century B.C. in the Mahabharata. It is noted that a powerful King called Bhagadutta who was a ruler of Pragjyotish or today’s western Assam had joined the Kaurava side in the epic battle of the Kurukshetra. According to the Mahabharat, he had ruled over a region which extended from the Brahmaputra River within Assam till Eastern Nepal along the Himalayan foothills. It is also said that he married his daughter Bhanumati to the eldest Kaurava, Duryodhana.

There are several rock inscriptions which have been excavated from Jalpaiguri district. These refer to Jalpaiguri’s rich ancient history privileged by the presence of great rulers of India like Shasanka or the ruler of Gauda who was responsible for unifying Bengal, and Bhaskar Varman who was the best known ruler of Gupta dynasty. 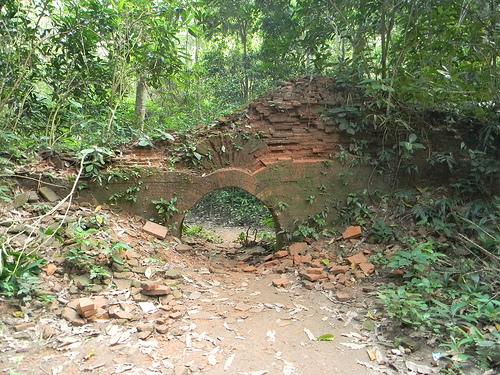 Nal Rajar Garh in Chilapata
Dooars were the centre of the medieval Kamata Kingdom which became a sovereign state from the seventh century. The earliest capital of Kamata Kingdom or Kamatapur was probably Nalrajar Garh in the Chilapata Forest. Later it was shifted to Maynaguri, and after that to Prithu Rajar Garh. Still later the capital was established in Gosanimari, which was an important port town from the seventh century. After the destruction of Kamatapur by Hussain Shah of Gaur Kingdom in 1494, the Koch Kingdom emerged in the Dooars. Vishwa Singha established the earliest Koch capital in Hingulavas situated near Mahakalguri in the Dooars region. Cooch Behar town became the last prominent capital under the Koch rulers. In subsequent times, following their internal weaknesses, the Koch Kingdom were taken over by Bhutan.

In the medieval period of Jalpaiguri history, the region had large forest tracts from the eastern bank of Teesta River to the west bank of Bagmati River in Rangpur in present day Bangladesh. These forest lands were the home of three primary Mongoloid tribes, the Koch, Tharu and the Mech.

The British colonial rulers, under the leadership of Captain Hedayat Ali, annexed the Dooars region in 1865 from the Bhutanese Kingdom. Subsequently, the area was divided into two parts, the eastern portion was merged with the Goalpara district within Assam and the western part was turned into a new district called Jalpaiguri. Thus Jalpaiguri came into being for the first time in 1869 as an administrative unit by the amalgamation of western Dooars with the Rangpur sub-division of Jalpaiguri in present day Bangladesh.

The most prominent historical development after administrative set up of Jalpaiguri district was the growth of tea industry in these plains. It helped to change the natural as well as the socioeconomic pattern of the Dooars region.Thus what were previously forest tracts, now shifted to a landscape dotted with villages, tea gardens and markets. When the British colonial rule ended in India, the region became merged with the Union of India in 1949.

Thus the long history of the Jalpaiguri district has enriched the cultural and socio-economic set up of the region. It has also led to a plethora of historical monuments which documents the different dynastic patterns and their inspired architecture.