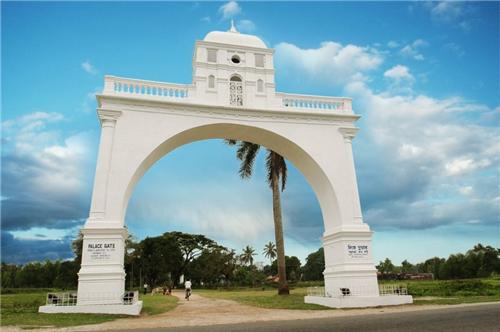 Jalpaiguri Rajbari is one of the most popular sightseeing options for tourists who tour the city of Jalpaiguri. Rajbari literally means “palace”. The Rajbari in Jalpaiguri was the former residence of the local rulers of the Baikunthapur estate, the Raikats.

History of Rajbari and Raikats

The princely Raikats were the semi-independent local rulers of the Baikunthapur estate reigning from 1523 till 1771. They were related to the Koch dynasty which ruled in the Kamata kingdom, roughly the western part of the ancient Kamrupa. The Raikat family was first established by Siswa Singh who defeated the King of Bhutan as well as Gour in 1522. The capital of the Raikats was in Siliguri. This region was then virtually inaccessible from outside, protected by dense forests and the river Teesta in the west and Mahananda River in the east.

Around 1720, the Raikat ruler Jayanto Deb Raikat, moved the capital to the present Jalpaiguri site going towards the plains. The Raikats maintained their semi-autonomy paying partial tribute to the Mughal rulers in Bengal. When the British claimed Baikunthapur territory, they became Zamindars or tenants of the estate, though remaining largely independent. The British increased their control through their system of establishing district commissioners, after the growth and exploitation of commercial tea plantations. After Indian independence, most of the property has been taken by the West Bengal Government for restoration work.

Rajbari Palace as a Tourist Attraction in Jalpaiguri 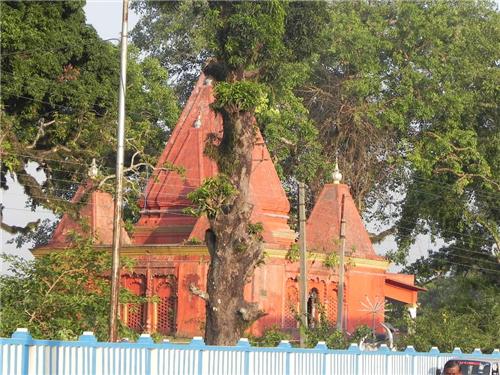 The Rajbari in Jalpaiguri is a popular sightseeing spot for both locals and tourists who view the city. It is situated 3 km north of the Jalpaiguri Railway Station. Located in Netaji Subhas Chandra Bose Road, the palace is adjacent to the District Sports Complex. The Jalpaiguri Rajbari is composed of a large palace and its portico or porch as the entrance of the building. It is also adorned with a beautiful garden hemmed with shrubs, flowers and trees within the palace grounds.  The gate of the Jalpaiguri Rajbari is an architectural marvel since it’s one of the largest structures of an un-reinforced concrete arch.

There is also a beautifully laden pond known as the Rajbari Dighi within the palace, set amidst a cool, shady garden. This is one of the ideal places to rest after a day’s sightseeing. In addition to the said pond or “dighi”, there are other lakes in the palace ground. However it would not be worth venturing out for them as they have not been maintained.

Other Details about Jalpaiguri Rajbari

The tourist should also know some other details before going to the Jalpaiguri Rajbari for sightseeing. They are:

Since the Jalpaiguri Rajbari is located at a distance of only 3 km north of the Jalpaiguri Railway Station, the tourist can avail a number of lodges and mid-sized hotels close to the station. Some of them include the Abasika Hotel, Sreekrishna Hotel, Uttarayan Lodge, Hotel Del Pretom, Hotel Ratnadeep and many others.