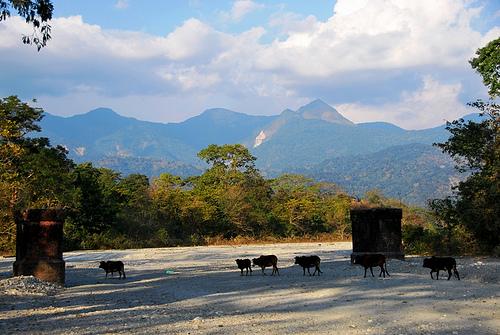 A little forest village along a meandering river and extraordinary scenic beauty, Jayanti provides you with an ideal weekend getaway in the Eastern Dooars region. It is situated within the Buxa Tiger Reserve and forms a natural border with the hills of Bhutan along that route. It is also a favourite spot for trekkers offering a paradisaical view of the surrounding landscape.

The Jayanti forest is close to the mesmerizing Bhutanghat hills soothing the eye with their endless stretch of greenery in the form of sal, teak, sirish and akashmoni. The forest of Jayanti is the natural habitat for a number of wild animals like tiger, elephant, leopard, barking deer, wild dog and a variety of birds.

Jayanti is situated at a distance of 25 km from Alipurduar Junction, a prominent railway station in the Jalpaiguri district. The town of Rajabhatkhawa, another important tourist destination in Jalpaiguri district is about 15 km away from Jayanti.

Jayanti in the Jalpaiguri district gives you a whiff of cold fresh air mingled with the pure and bracing mystic smell of its nearby forests. Much acclaimed for its scenic beauty, it will revitalize you from a monotonous daily existence with its rippling river, wild streams and unspoilt greenery. Several trekking trails will beckon you for adventure while the numerous variety of avian species like resident Fork-tails, Ibis Bill, Red Stars found there, due to its proximity to the swift streams of Jayanti and Rydak will make it an delightful birding tour.

If you are travelling by train especially one which stops at Rajabhatkhawa, you will be mesmerized by the beautiful view offered between Alipurduar Junction and Rajabhatkhawa as one passes through the dense Buxa forests. Some of the lucky few even manage to spot an occasional elephant from the train window.

Some of the tourist attractions in Jayanti include: 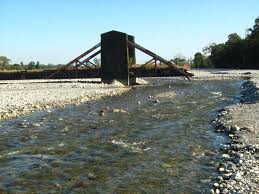 Jayanti is well connected by motorable road. It is situated about 25 km from Alipurduar Junction and thus the tourist can take a train till there and then hire private cars to reach Rajabhatkhawa and the Jayanti forest. There are entry fees to the Jayanti forest per head or per jeep, as well as separate charges for carrying a camera. It is 153 km away from Siliguri. The local form of transport available is auto-rickshaws. 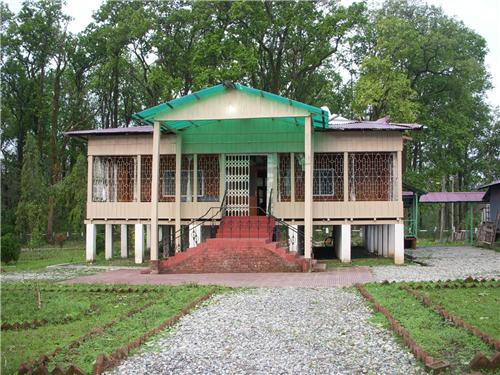 There is a government forest lodge in Jayanti run by WBFDC and it can be booked through the DFO, Alipurduar or other relevant offices belonging to the forest department. There are 3 double bedded rooms as well as a 6 bedded dormitory in this forest bungalow.

There are also several small hotels and private lodges like the Rover’s Inn Resort available to the tourist for staying in Jayanti.