Japaiguri has a very efficient means of transportation connecting the district with all parts of the country. Much of its transportation system is dependent on railway services and trains crisscross the district ferrying normal passengers and tourists to its multiple spots of scenic beauty and cultural diversity. 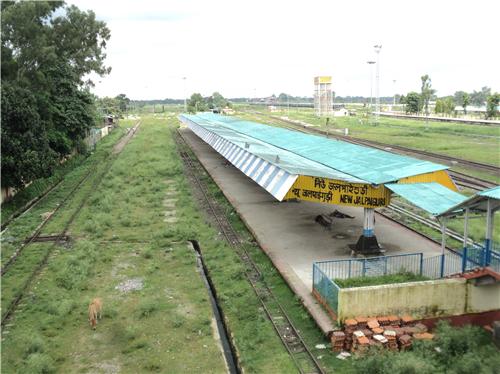 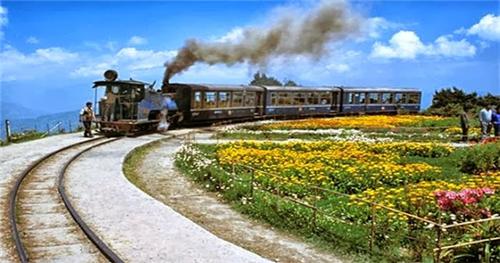 New Jalpaiguri Station was originally known as New Siliguri as it lies in the Siliguri urban area in the Himalayan foothills. However it was later renamed as New Jalpaiguri Station as it came within the Jalpaiguri District. Most of the city of Siliguri is spread over the Darjeeling district; however it also has a minor portion under the Jalpaiguri district. The NJP Station is a latest addition to the city and the district. It was opened in 1964 and was conceived as a greenfield project. Situated south of Hasmi Chowk by 2.5 km, the New Jalpaiguri station falls as a ward within the Siliguri Municipal Corporation.

The Darjeeling-Himalayan railway fondly known as the toy train starts from here and has been declared as a world heritage site by the UNESCO.  This toy train has the unique distinction of passing through all the railway stations of Siliguri.

The New Jalpaiguri railway station has broad gauge tracks till Kishanganj and Barsoi as well as metre gauge to Siliguri town and junction.  For the Darjeeling Himalayan Railway it has constructed the narrow gauge which was extended from the Siliguri town station till the Greenfield station. 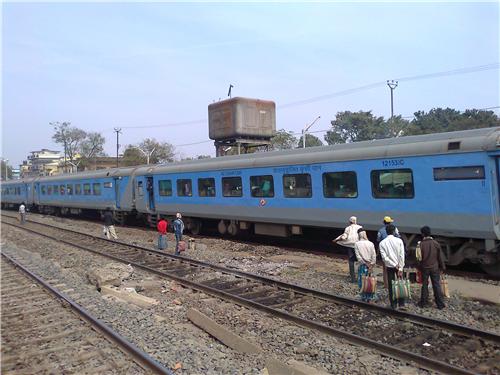 The New Jalpaiguri station is among the busiest railway stations in the Indian Railways. The station handles daily about 70 trains which travel through the junction. On an average, 105000 passengers travel everyday to and from this station. About 35 trains start from or pass through the New Jalpaiguri Railway Station. This includes such prestigious trains like NJP Howrah Shatabdi Express, Uttar Banga Express, NJP KGN Passenger which travels to Kurseong, Brahmaputra Mail, Darjeeling Mail, Sealdah NJP Padatik Express, Guwahati Rajdhani Express, Sikkim Mahananda Express and many others.

Many of the trains which run to and from New Jalpaiguri Stations are express trains while trains covering the longest east-west distance like Dibrugarh to Kanyakumari also pass through the station.  This weekly train, the Dibrugarh-Kanyakumari Vivek Express covers the longest rail route within the Indian subcontinent travelling a distance of about 4286 km in almost 4 days. Some of the other long distance trains which pass through the New Jalpaiguri Railway Station include Guwahati- Ohkha Express, Guwahati- Trivandram Express, and Guwahati –Dadar Express. 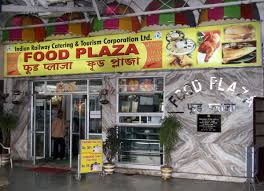 As an extremely busy station which handles such a large body of passengers every day, the NJP station has many facilities to cater to its passenger traffic. Special consideration is given to the adequacy of basic amenities, its quality and maintenance. Indeed customer satisfaction as well as interface process is among the priorities for the NJP station with adequate booking offices, platforms retiring rooms and waiting halls. There are 2 AC retiring rooms which are double bedded in NJP station, while as many as 6 double bedded retiring rooms which are non-AC are available for all passengers.

Apart from these, there is provision for 1 twelve bedded and 1 three-bedded dormitory. Some of the other amenities found in the New Jalpaiguri Railway Station are computerized reservation counters, non-vegetarian and vegetarian refreshment rooms as well as book stalls which help to keep you engaged while waiting.

There is a variety of public transport like buses, shared jeep and taxis which ply from the NJP station carrying you to your destination, be it the Dooars or Darjeeling, Gangtok, Mirik, Kurseong and other hill terrains. There are also pre-paid taxi counters at the station which are more reliable with fixed rates. In addition, a large number of food stalls are available outside the station terminus and will give you plenty of options to have breakfast or lunch. So enjoy your tour and have a safe journey!

Explore more about Transport in Jalpaiguri