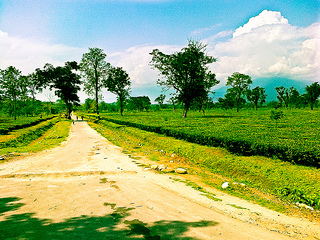 Jalpaiguri has been rightly called the land of “Tea, Timber, and Tourism”. With vast stretches of forest cover, undulating green slopes of tea gardens, rivers and their surrounding natural beauty, as well as extraordinary wildlife species, this mystic land attracts numerous tourists throughout the year. As part of the Dooars region, Jalpaiguri landscape is sprinkled with thousands of tea gardens which are also the mainstay of the district’s economy.

The total area of Jalpaiguri district is 6245 sq. km of which tea gardens constitute 1987 sq. km. Thus tea gardens are a major portion of the landscape and tea tourism has been initiated here to take tourists through a fascinating tour of the knowledge of tea production, processing and manufacture.

History of the Tea Gardens in Jalpaiguri

The town of Jalpaiguri saw its first boom period from the late 19th century into the early part of the 20th century when the British colonial rulers found this region on the Himalayan foothills suitable for tea cultivation. In a small time, Jalpaiguri town became a prosperous center of the tea industry and the port-of-call for all the people who were involved in this trade.

Tea trade became a lucrative business for everyone and people started flocking to the region to share a part of it. This created an entirely different cosmopolitan climate of Jalpaiguri. The misty, sleepy district town became the major hub of business and economic activities. Thus the town came to be established as a premium cultural and commercial focal point. 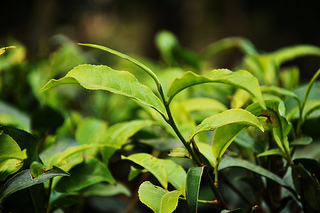 Tea requires high land which have well drained soils, hot and humid climatic conditions besides good depth of ground water not less than 90 cm. A major portion of the Dooars region is located in the Jalpaiguri district, in the low altitude sub-Himalayan floodplains where temperatures are hot and there is high humidity. The distinct climate and topography both influences the quality of tea produced here. The Jalpaiguri tea gardens produce tea held to be darker and richer in character from the tea produced in the nearby high-altitude regions like Darjeeling.

Touring the Tea Gardens in Jalpaiguri

Jalpaiguri district presents to the nature lover a mesmerizing landscape of lush green, rolling slopes of tea gardens which will surely revitalize your spirit. The tea gardens, some of which are located in the city’s outskirts will take you through a fascinating journey of understanding the culture and history behind your everyday beverage. Whether or not you are a tea drinker, living a few days in the close proximity of the Dooars tea gardens will help you understand the tea plantations with socio-cultural complexities. You can also take guided garden tours which include witnessing tea testing, processing, and plucking besides nature excursions.


Some of the Tea Gardens you can visit include:

Enjoy the scenic beauty as you journey through this world of tea. Sip your morning tea and then seep into the local culture and life around the tea plantations. You will be rejuvenated by a unique experience.

Explore more about Geography of Jalpaiguri